Working in locales as varied as Melbourne, Australia, Durham, N.C., and Cheyenne, Wyo., Dr. Michael Higginbotham has enjoyed a wide-ranging career in cardiology. Though he began working as a pharmacist in the ‘60s, he quickly realized the field didn’t intrigue him enough.

“As a pharmacist, I couldn’t understand the medicine underlying the things that I was doing. I found that intellectually frustrating,” Dr. Higginbotham recalls. “I needed to get into medicine, and I found it was like magic. You can acquire knowledge, but in medicine you acquire skills. You become something that you weren’t before.”

From the blue bay to the Blue Devils

Dr. Higginbotham chose to pursue cardiology because it was a component of every branch of medicine. While performing open-heart surgeries in Melbourne, Australia, he met several physicians from Duke University who lectured about nuclear cardiology and coronary artery disease.

“I was invited for what I thought was a two-year fellowship in nuclear cardiology,” he recalls. “That field wasn’t available in Australia at the time, so I took that opportunity for training — and then I became involved in a research grant and stayed at Duke for the next 25 years.”

Preparing for retirement through private practice

Though he’d lived on the East Coast for nearly three decades, Dr. Higginbotham realized he needed to better prepare financially for retirement. In 2004, he and his wife moved to Cheyenne, Wyoming.

“An academic cardiologist has to go into practice if he wants anything like a realistic retirement, and I wanted to move out west,” Dr. Higginbotham says. “After nine years in Cheyenne, I had a reasonable retirement fund, but I knew I didn’t want to stop work completely.”

With more than 40 years of medicine under his belt, Dr. Higginbotham needed a change of pace but couldn’t pull himself from cardiology entirely. Locum tenens was the solution to part-time work he was looking for.

“I couldn’t stop working in medicine completely, and locum tenens seemed to be the only opportunity to keep going.”

Taking time to pursue other hobbies

By accepting long-term locum tenens assignments throughout the United States, Dr. Higginbotham and his wife can pack up the RV and travel with their favorite companions: little West Highland white terriers. 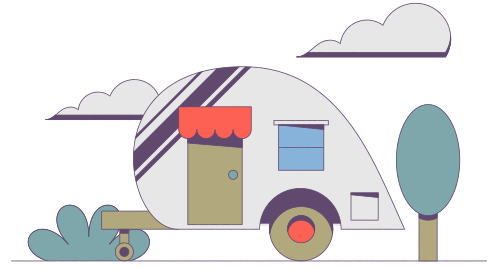 “We’ve done low-level dog shows and dog-breeding for 16 years, and it’s almost a full-time occupation to keep eight Westies,” Dr. Higginbotham says. “We live, travel with and incorporate our dogs in really every aspect of our lives. We never go anywhere without them, including locum tenens jobs.”

For Dr. Higginbotham, the most rewarding part of working locum tenens is learning to enjoy a less demanding schedule.

“Locum tenens is ideal for people like myself who want to be a part-time physician and really enjoy the other aspects of your life. It’s not the fishing and traveling fixations of the retirement phase,” he says. “Part-time work is a distinct segment to satisfy the need to relax and enjoy yourself but the need to do some work, too.”