There are many paths that lead physicians to try locum tenens. For Dr. Elizabeth Lumpkin, an anesthesiologist from Washington, the locums journey began with burnout.

Reviving your career as a physician

Right out of residency, Dr. Lumpkin worked with a group at a community hospital. Although she loved her job and the people she worked with, the various demands throughout the years started to take a toll.

“I was waking up every morning and dreading going to work,” she shares. “I would actually wake up almost every morning with my jaw hurting because I was clenching my teeth during the night. I was ready to quit medicine entirely.”

Fortunately, Dr. Lumpkin met a physician at a conference who told her about locum tenens.

“I was intrigued,” she recalls. “I decided to give locum tenens a trial of two years to see if I could make a living from it. I just dove off into the deep end and started working locums full time. After two years, I decided that there was no turning back.”

“One of the things that I enjoy about locums is that it’s never the same,” she says. “I might be one place one month and another place the next, and that’s what keeps things exciting. It keeps things interesting.”

“My free time is my own. I don’t get enmeshed in all the other non-medicine details that drove me crazy, like the callbacks after I’d gotten home and all the after-hours meetings. That’s what I always joke about when people ask me why I do locums. I say, ‘I haven’t been to a meeting in 11 years.’ Meetings, office politics — it’s all gone.”

Now in control of her free time, Dr. Lumpkin is putting it to good use. She’s had the opportunity to serve a variety of medical missions, something she credits to locum tenens work.

“Some of the more memorable experiences I’ve had as a result of locums haven’t been as a locum tenens doctor.  They’ve come from the missions I’ve done because I do locum tenens,” Lumpkin says.

From Ecuador to Zimbabwe, Lumpkin has made a difference in a variety of locations around the world and enjoys the opportunity to give back to those in need. During her most recent medical mission in Madagascar, she was part of a team who helped a young woman with obstetrical fistula.

“She was only 14 and was terrified of surgery, understandably so,” Lumpkin recalls. “Truthfully, very little good had happened to her up to that point in her life and here were strangers from a foreign land taking care of her. We weren’t sure she would sit still for the spinal.”

To prepare her for the surgery, Dr. Lumpkin went in the night before, talked to her through the interpreter and held her hand.

“The next day I said, ‘If you don’t want to do the spinal, you can go to sleep.’ And she said, ‘No, I’ll do it.’ We got through her surgery, and two days later she came running up to me and hugged me,” Lumpkin shares. “One of the nurses told me I was the first person she’s ever hugged. You can’t put a price on that.” 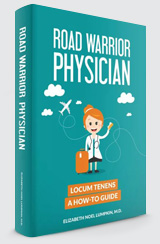 In addition to her medical and humanitarian work, Dr. Lumpkin is a writer. Learn more about her locum tenens adventures in her book Road Warrior Physician, which walks readers through the process of locum tenens and offers stories and tips along the way. 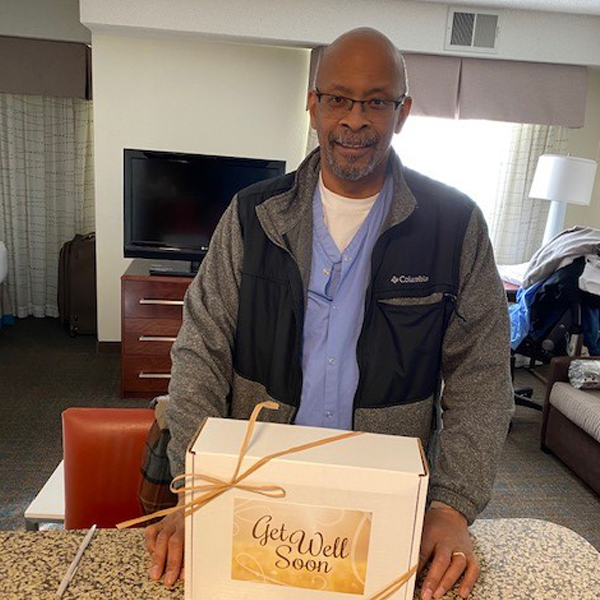 Being in the service of caring for others
Heart to heart: cardiologist discovers locum tenens is key to work/life balance
Comment