Physicians choose to work locums for a variety of reasons, but one of the most common reasons is because they love to travel and see new places. Not only can locums take you across the country, it can also take you across the globe — to experience new cultures and new ways of practicing medicine. Two family practice physicians — Dr. Jenny O’Driscoll and Dr. Diane Weissman — recently spent time working locum tenens in New Zealand. Their assignments turned out to be much more than just another job; they had the experience of a lifetime!

A desire for international travel

Both physicians say they had wanted to try international locums for awhile before deciding to go to New Zealand. Dr. Weissman, who had worked in community health centers and for the Indian Health Service, decided to go abroad after her daughter left for college. She ended up spending nine months in New Zealand.

“I grew up in Latin America, and I really had a desire to get back out into other countries,” Dr. Weissman says. “I also have a background in anthropology and social work. Given my work here with Native Americans and underserved populations, it was very attractive to me to go to New Zealand and work with the Maori population.”

Dr. O’Driscoll, who lives in Toronto, Canada, had wanted to work internationally since finishing residency in 2013. “I did a lot of locums in Ontario, and international locums was always on my radar, but I never fully committed,” she says. “Then I had two babies, and that window kept narrowing. When I had my second child, I said, ‘Okay, we just have to do it now.’”

Dr. O’Driscoll spent seven months in New Zealand with her husband and two children — a six-month-old and a two-year-old. “My husband worked remotely and took care of the kids while I went to work,” she says. “There are definitely ways to bring your kids with you, even when they’re really tiny.”

Neither physician had to deal with a mortgage while away, which made things easier. “When I left my permanent job, I got rid of 75% of my worldly possessions,” says Dr. Weissman. This included her house. “I put all of my things in storage with the intention of doing humanitarian work intermixed with locums.”

Dr. Weissman does warn that physicians traveling to New Zealand may have to make some decisions if they have a pet. “It’s quite difficult to bring a pet because they have strong quarantine procedures.” She ended up sending her cat to live with her daughter at college.

Dr. O’Driscoll faced a similar dilemma with her pet. “The hardest thing we had to do was find a place for my dog. My parents were luckily able to take care of him,” she says. The family had been renting in Toronto, and the family was able to end their lease and put their belongings in storage.

Both physicians say the paperwork involved for visas, licensing, and credentialing was made easier thanks to their locums agency. “The process was really quite easy,” says Dr. Weissman, and Dr. O’Driscoll agrees. “I feel like it took a lot of the stress out of the application,” she says, referring to the agency’s help.

What to expect working locum tenens in New Zealand

After arriving in New Zealand, both physicians found a better work/life balance than they’d had at home, though lower pay did accompany the drop in hours. “Where I worked, there wasn’t any on call,” says Dr. O’Driscoll. “It was actually quite well-staffed.”

Dr. Weissman says she experienced the same thing. “It was really outpatient only and at 4:30 the place would close down barring a total emergency. People were taken care of, but it was very reasonable as far as closing on time and not having any extra hours.” She also found the paperwork burden to be lighter than what she experienced in the United States.

Though pay in New Zealand was lower than they were used to, neither physician found it problematic. “I definitely took a pay cut,” says Dr. O’Driscoll, “but the money I made was more than enough for me to save and have money to come back with. It really does help having a weekly stipend for living expenses, and they pay for your flight there and back. I was there more for the experience than to make money.”

Each physician had a different housing situation, which varies depending on the assignment and location. While Dr. O’Driscoll received temporary housing and then found furnished lodging on her own, Dr. Weissman was provided with a furnished house on arrival. Both were happy with the outcome.

“We didn’t have any difficulty finding something and signing a seven-month lease,” says Dr. O’Driscoll, who also purchased a car while there instead of renting, as she found it was more cost effective.

Both physicians made use of their ample free time to explore the country. “Traveling was a huge part of the fun for me,” says Dr. Weissman, who traveled around the North and South Islands as well as Australia. She also continued doing some of her favorite hobbies, and took art and French classes while there.

Dr. O’Driscoll took advantage of New Zealand’s varied landscapes to explore the outdoors with her family. “Even though we have two small kids, we bought hiking backpacks, strapped the kids in, and we’d go for some pretty amazing hikes,” she says. “We did a lot of that during our downtime — beaches, hiking, seeing different natural wonders.”

For anyone thinking about locum tenens in New Zealand, Dr. O’Driscoll advice is to go for it. “It’s worth it,” she says. “And go for longer than you think — only going to New Zealand for two weeks is not enough.” 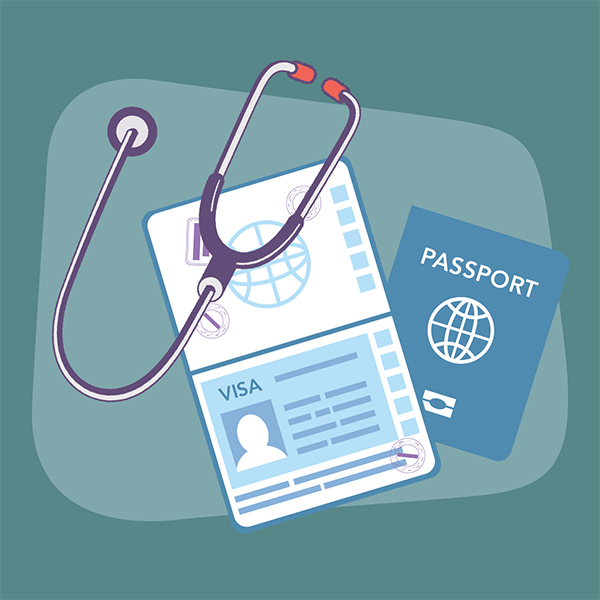