Pediatrician Trevor Cabrera, MD, shares how working locum tenens in rural hidden gems has given him a fresh perspective on his hometown.

If you live in the same place for an extended amount of time, or an entire life, it’s easy to fall into a routine. You’re a regular at a certain spot — your neighborhood coffee house, favorite restaurant, your local gym — and you’ve become accustomed to the repetition. The longer you spend in one place, the easier it is to fall into certain habits and lose curiosity for one’s hometown. But as a locum tenens, I have a new perspective of my hometown. I learned to look at it through the eyes of a tourist.

Falling into a rut

It’s easy to miss out on all that a place has to offer, particularly if you call it home. You’re less likely to explore your hometown as a tourist would — visit museums, explore national parks, or check out other points of interest. Learning to view the town you’ve grown up in as a tourist can introduce new experiences and enrich the connection with “home.”

Moving from place to place as a locum tenens lends itself to variety and often showcases some of the lesser-known places in the world; but, if you look hard enough, you’d be surprised at what you may find.

Traveling via locum tenens work gives endless opportunity to see new places, and, if you look hard enough, to discover hidden gems in even the smallest of towns. Leaving large cities with millions of people and heading to towns of only several thousand can be exciting.

In a small town of a few thousand people in Central Maine, you can find authentic Thai food by a woman from Chiang Mai, Thailand. At a pit stop off the freeway in New Mexico, you’ll see the most beautiful sunsets. And you’ll be surprised to find the best French onion soup at a haunted farm obscured by mountains – the secret is the asadero cheese. In Bismarck, North Dakota, an overlook of the city in the wintertime can create a glimmering sunrise. From hidden parks to historic sites of centuries past, I often find myself imagining the history of these small towns. And the more you speak to the townspeople, the more the character of the area reveals itself. Just because a town seems quiet doesn’t mean that it doesn’t have a lot to say.

Getting the most out of small towns as a locum tenens

I approach each assignment in each small town as an opportunity for adventure. I spend my days off exploring every nook and cranny. I drive down every street, never revisit the same restaurant, and I talk to local shopkeepers and locals to find the best hiking spots or picturesque countryside nearby. In six months, I’m sure that I’ve seen more of Maine than many who have lived there for a lifetime. On a day off in Poplar Bluff, Missouri, I ventured to every old building downtown, wandered the Elephant Rocks State Park nearby, and sought out every antique store.

The first thing I do in a new town is get a map, talk to my coworkers about their favorite places, and then go wandering around until I can recite directions to a visitor. I read up on town histories, google tour guides, and am constantly getting lost until I can show someone around with my eyes closed.

A fresh look at home

After training on the opposite side of the country for a decade, working in multiple states in small to large towns, I’ve developed a small-town wanderlust. It’s an odd feeling going back to my hometown — I visit it with eyes of a tourist, as if this is a new assignment location as a locum tenens. I seek out new restaurants, drive past old stomping grounds to investigate new parts of the city that I’d never seen as a child, and tune in to local events I’d never heard of before.

As a locum physician, my eyes have been opened to the wonders that were always hidden — but were always right in front of me. My vision of simple things has become grander. Even small towns have things you never knew where there, you just must be willing to look for them. 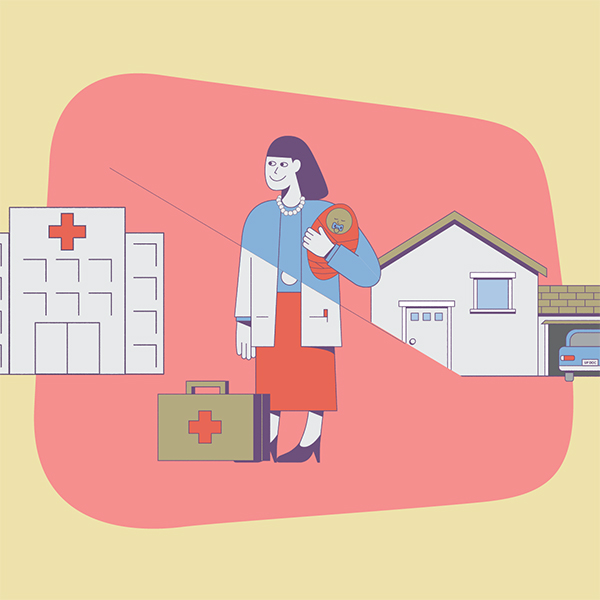