Physician assistant Terry Rand is the kind of person who will stay late to help a patient or coworker who needs an extra hand. If someone asks for her help, she’s there. “Because I’m that ‘I’ll take care of it’ person, I tend to burn myself out and get exhausted.”

So at a time in her life when she was working five nights a week and dealing with the death of a friend, Terry was feeling particularly overwhelmed. “I told myself, ‘This working is killing me. I’m killing myself. This is not worth it.’” It was then that Terry decided the best way to take care of her health while staying true to her “I’ll take care of it” self was through locum tenens. Here’s how Terry’s decision changed her life for the better.

Something Terry has loved about locum tenens is she never gets stuck in a rut. She says, “I tend to burn myself out and get exhausted and then I think, ‘Oh, this other place will be better or this will be better,’” she says. “Because I do long-term contracts as a locum, I get to experience some of the permanency but not the ‘it’s never going to end’ part of it.” Being able to change her work environment regularly has helped her avoid PA burnout.

Of course, when you’re the kind of person who always goes the extra mile at work, sometimes the only way to take care of your own needs is by taking time off. Working locum tenens has made taking a break simple for Terry. “You’re able to take the time off,” she says. “I can take up to 30 days break between assignments and not lose any of my benefits.”

A chance to live in other places

Terry has also enjoyed the opportunity to visit different parts of the country. “With locum tenens, you get to experience a lot of different places and people, but it’s not permanent. If it’s someplace that doesn’t fit, you get to leave, but if it is a good fit, maybe you can extend or even go permanent there.” For example, Terry had always wanted to check out the mountains of Montana. She found that she does love them but prefers to escape Montana’s cold winters. 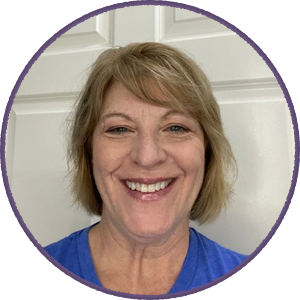 If locum tenens had meant being separated from her dogs, Terry wouldn’t have done it. “As long as I’ve been traveling, I’ve been traveling with my two dogs. I have a golden retriever and a boxer.” However, she’s found that traveling with her dogs works quite well. First thing she does when deciding to take an assignment is check out the pet daycare options to make sure they can accommodate her.

So far it’s worked out great, her dogs love it. “When we’re getting ready to leave a place, you can see the look on their face of, ‘Oh, here we go again,’ because I pack up and pack their stuff and off we go.”

She loves having her furry friends to come home to after a long shift. “They are just like kids and so we have a good time,” she says. “I try to scope out things to do with them when we’re off on the weekends. My golden retriever loves to play fetch, and she could play fetch until she drops so we try to find a regular dog park and go and play there. We have a good time.”

Having an advocate looking out for you

One of Terry’s concerns going into locums work was that it would make other aspects of her life more challenging. However, she’s found that her locums agency has made those things simple for her. Terry says, “I was concerned about being a 1099 employee because I’m not mathematically inclined and that’s just too much worry on me, but with CompHealth, I work as a W2 employee.” In this way, she’s able to work locum tenens without the added challenges of being a contract employee.

She has also enjoyed her relationship with her recruiter. Terry says, “I can talk to her about how things are going both personally and professionally, and I trust her to do what’s right for me. She would go to bat for me if needs be.”

Switching to locum tenens was a big decision, but it was definitely the right one for Terry. She has the following advice for others considering locum tenens: “Be open to new experiences and new ways of doing things. If you don’t like it, just know that it’s not forever.