Doctors dedicate years of hard work and commitment with one aim: helping people. A bonus? A higher income. But with additional money comes the need to plan for the future, and not fall prey to our instincts to spend that first big paycheck on those things we’ve dreamed about having since we were kids. Here’s what you need to know about retirement planning as a locum tenens physician.

Certified financial planner W. Ben Utley of Physician Family Financial Advisors, a firm that specializes in physician retirement planning, has seen time and again that once doctors see their first paycheck, they envision — and purchase — that nice car, that large house, with little forethought as to how they’re going to pay off their student loans, kids’ college tuition, or their retirement.

The thought of retirement rarely enters the minds of the newly graduated physician, but planning is key, and as early as possible, says Utley. “The very first thing physicians should focus on is their spending — ‘live like a resident,’” is his adage. “It’s simply budgeting. The other thing we help them focus on is their cash flow. The most common mistake physicians make, and the first mistake they make, and the one they make all up and down the income and tenure spectrum is that they allow their cost of living to grow into the size of their income.”

“It’s very hard to reverse that mistake once it happens, because then you’re talking about voluntarily reducing your standard of living,” he says. “One day you’re parking your BMW at work, and then the next day you show up in a smoking Pinto.”

Since doctors don’t usually begin to earn the big bucks until their mid-30s, it’s important for physicians to know that that’s when they have the best opportunity to make a huge impact on the road to a comfortable retirement.

“This is when the power of compound investment growth has the biggest impact on retirement accounts,” Utley says.

Get “serious” as a mid-career physician

Physicians should have four priorities in mid-career, Utley says. “The first two should be paying off college debt and retirement. The third priority should be to pay off their house, so that they wind up in retirement without any debt at all. Finally, they should take extra money and begin to retire their other debt. That doesn’t mean they should pay it off as quickly as possible. We don’t recommend that. Our recommendation is to have it paid off just before retirement.”

“A self-employed doctor has a lot more room to work the tax code, particularly around the area of retirement planning,” Utley says. “Physicians who are truly self-employed also have another outlet to put money in, called a Defined Benefits Plan. People are using these plans to shelter the money and kind of get themselves below the threshold to get another tax break.”

“Physicians with an SEP may still be able to contribute to a separate Traditional IRA or a Roth IRA,” Utley says. “Like other Traditional IRAs, account balances can grow tax-deferred, are taxable when distributed, and may be rolled over to other qualified plans.”

Another option Utley suggests is a one-participant 401(k) plan — as it’s described by the IRS — and is also known as a solo 401(k) plan.

“It works like a traditional 401(k) plan, except that 1) it’s for a practice that only employs an owner and a spouse, 2) it’s not required to perform nondiscrimination testing, and 3) if it holds less than $250,000 at the end of the year, and it’s generally not required to file Form 5500-SF,” Utley explains. “Finding an accountant and doing your research are integral to getting a leg up on your financial and retirement success.”

Emergency medicine physician Dr. James Mock has a multifold approach to his retirement planning. First and foremost, he says to get with your accountant and set up a good savings plan.

“I have a two-part pension plan: a money-purchase pension plan and an SEP on top of that so I can fund maximally every year, to be prepared for whatever I need to,” he says. “On top of that, I have the college savings fund and college plans where I can save money tax-free, and beyond that it’s taxed at a lower rate.”

Dr. Mock likes working as an independent contractor as a locum tenens physician because he’s in control of his pension plan, rather than the company he works for.

“The downside of working as an employee for a company, they contribute to your pension plan — which is an excellent benefit — but generally those companies will pay you much less than what I can contribute as a 1099 employee.”

Financial prioritizing as a late-career physician

Estate planning should be a priority for those of us in our latter years, and this is no different for physicians.

“Late physicians also need to be focusing on charitable gifting if they’re so inclined,” Utley says. “They need to be focused on making sure their investments are lined up in a way that’s going to be appropriate. One of the major mistakes we see older doctors make is not properly planning for their retirement. I’ve seen physicians who had to return to practice because they messed up their retirement.”

Locums as a transition to retirement

Rather than continue practicing out of financial necessity, Dr. Michael Higginbotham chose to work locum tenens as a bridge to retirement, simply because he wanted to build upon his “reasonable, survivable retirement,” and still practice medicine.

“Being useful, to me, is important. The most important thing to me is to be useful until I can’t be useful anymore,” he says. 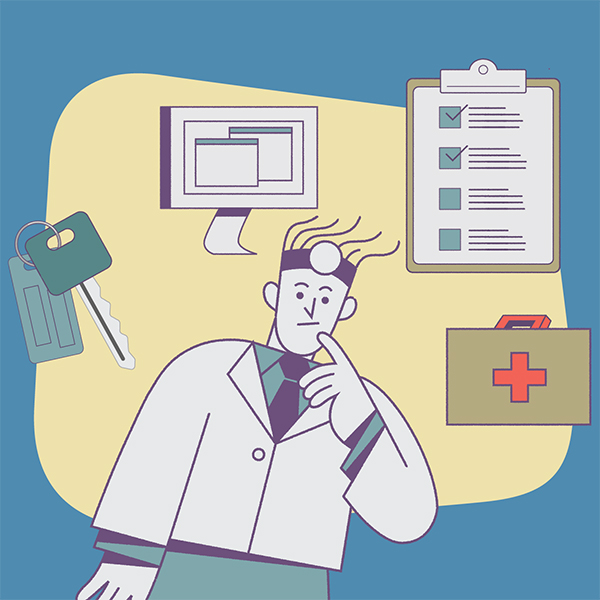 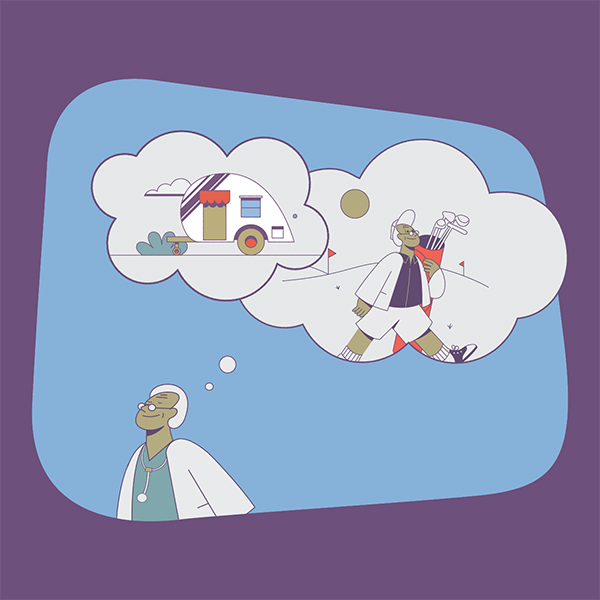